Kelly Punton is a writer and an English teacher in the East Midlands. She reads and writes stories, plays, and poetry. Originally from Lincoln, Kelly now lives with her husband in a small town in Nottinghamshire. They also run a creative project called KLUMA.

Kelly enjoys being playful with form and language, and especially enjoys writing in magical realism and speculative fiction genres. She is fascinated by how both the extraordinary and the ordinary are essential to the human experience.

When Strange Calls You Home is her first collection of short stories. 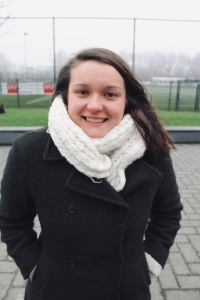 “The arts are not a way to make a living. They are a very human way of making life more bearable. Practicing an art, no matter how well or badly, is a way to make your soul grow, for heaven’s sake.” – Kurt Vonnegut