Good evening Bank Holiday People! Any of you following my journey closely may have realised that I have not posted this weekend. Fear not! I am still hard at work I can assure you. I thought I would just give you all a quick update before I start posting again.

The past two weeks and also the rest of this working week, I am working at a fantastic theatre in Northampton. Any of you interested in taking a look or giving it a visit: it’s The Royal and Derngate theatre. I have been working with their arts team, which are responsible for all sorts including producing great shows, working with all ages of the community and being very creative! I’ve been doing stuff in and out of offices, workshops, holiday clubs, rehearsals and performances. It’s been busy but so much fun! And I still have another week to go! 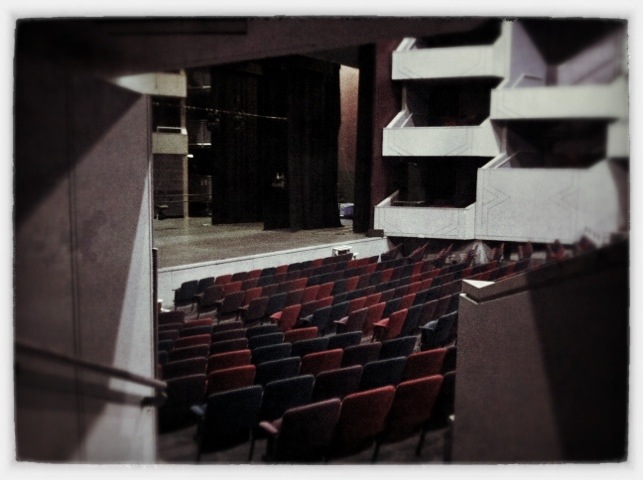 I’ve been thinking a lot about what it means to work in the theatre. The only reason why I gained this work experience opportunity was because I was proactive and passionate to research around theatre in and around this region. I found an event that was asking big questions about how we can nurture theatre in the East Midlands.

Surprisingly, I was the only student of any type represented at this event. I had no contacts in the theatre but I was still not just going to this event alone because of my practical need to network. I paid a small fee for the event and got myself to the venue. I did not do it because I was paid to do it, told to do it or even advised to do it. I went because I have been fascinated by this thing called theatre for a few years now. I have been convicted by its power and potential. I was saddened that there were not more students or younger people at this event; it made me wonder whether there is even a next generation that is proactive, passionate and pursuing theatre in their worlds? I’m pretty convinced that there is, because I’ve seen some of them, heard of some of them, even met some of them. Obviously, this was only one event and it certainly is not or should not be the only event of its kind. I’m not sweet-talking my ego because I managed to show up somewhere. I’m just saying, for my student peers out there… The world is out there, you have to go and see where you can grow and shine.

For recent years, the student identity has been one of struggle and tension; fees, strikes, joblessness, competition, debt. It’s like I’m being told to equip myself for this dog eat dog world, one big fight for survival. In reality, the creative arts industry can be made of the same stuff. What I am learning though is that I do not want to compromise or undersell my heart for justice, equality, diversity and collaboration, particularly in my personal areas of interest – creativity, communication and education.

So for all those of us worrying about the big wide world, the real world and all that, let’s confirm that our identity does not have to be in the fluctuating, unpredictable and scary world of the twenty-first century, and instead we can make a true commitment to dreaming and co-operating with each other. There is more to life than salaries and promotions, like growing and learning with each other, sharing each others passions and convictions. There is so much more power and potential when we share ideas, share time, share resources and share talents. As I said, whilst I’m working at this theatre, I’m thinking a lot more about what some of this stuff means, but one thing I certainly know is that it couldn’t work by itself. It’s poetic and romantic, but it’s true. We really do need each other.